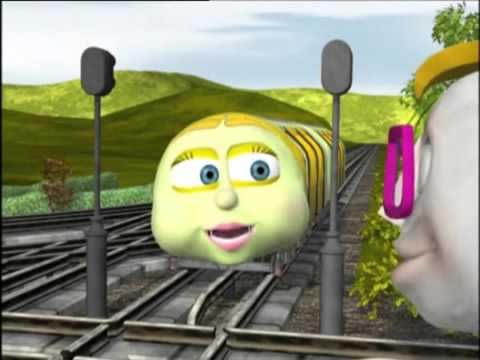 U.S. Parody and Copyright Law: Notwithstanding the provisions of sections 106 and 106A, the fair use of a copyrighted work, including such use by reproduction in copies or phonorecords or by any other means specified by that section, for purposes such as criticism, comment, news reporting, teaching (including multiple copies for classroom use), scholarship, or research, is not an infringement of copyright. Underground Ernie is a British Computer-animated children's television series produced by Joella Productions in the UK on the BBC on both CBeebies and BBC Two, and sold around the world by BBC Worldwide. It is set in International Station, a fictional worldwide Underground network, and focuses on the everyday adventures of Ernie, a friendly Underground supervisor, Millie, his multilingual colleague and Mr Rails the lovable maintenance man. The locomotives under Ernie's watchful eye all have characters of their own. There is Bakerloo, Victoria, Circle, Jubilee and the twins, Hammersmith & City. From time to time they are joined by their friends from across the world including; Paris, Brooklyn, Moscow, Sydney and Osaka. The show is aimed at children between the ages of 3 and 8 years old. The initial series has 26 episodes each lasting 12 mins. Its first showing on was on Monday 5 June 2006 on BBC Two at 9:00am. It later premiered on CBeebies.